Bryant back for third season with Bucs 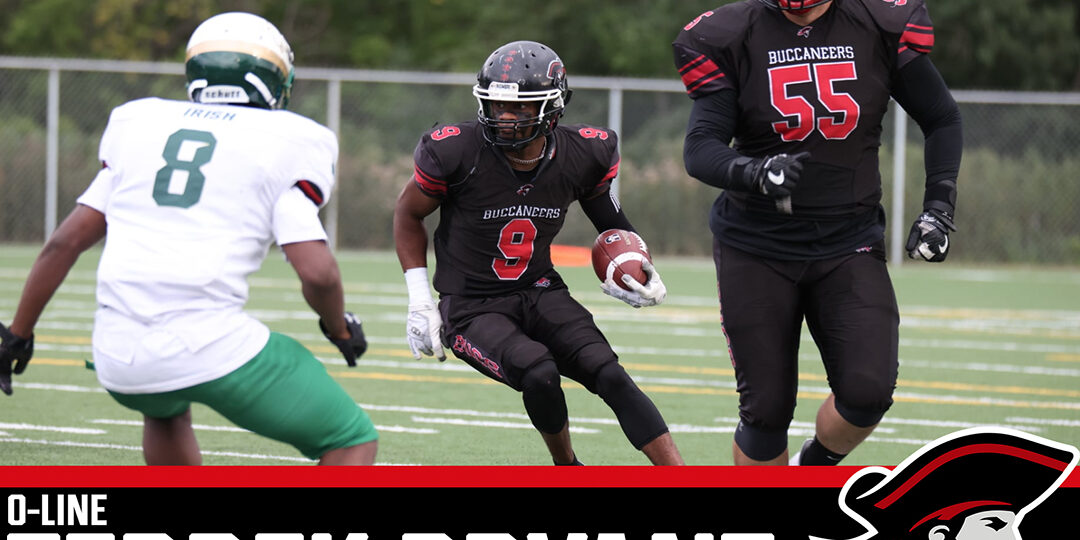 One of the most experienced Offensive Lineman in the AFL is back for a third season with the Central Alberta Buccaneers.

The Bucs are happy to announce Terrek Bryant will be back on the 0-line for the 2023 season. Bryant spent time throughout junior with the Vancouver Island Raiders, the Bishop Gaiters of Lennoxville Quebec, and the St. Mary’s Huskies in Halifax.

From the Canadian Junior Football League, Bryant moved to Europe where he spent time with the Karlskoga Wolves of the Superseien League in Karlskoga, Sweden, and Les Dauphins Des Nice in the D2 Elite Championship in Nice, France.

Bryant has also spent time coaching for both Karlskoga and Nice, alone with the Ballenas Whalers. In his two seasons with the Buccaneers, he has been a force, earning AFL First team All-Star status during the Bucs championship run in 2021. The 6’6 285 pound lineman brings a wealth of experience to an already veteran Buccaneers O-line. #TogetherWeSail #ToTheShip