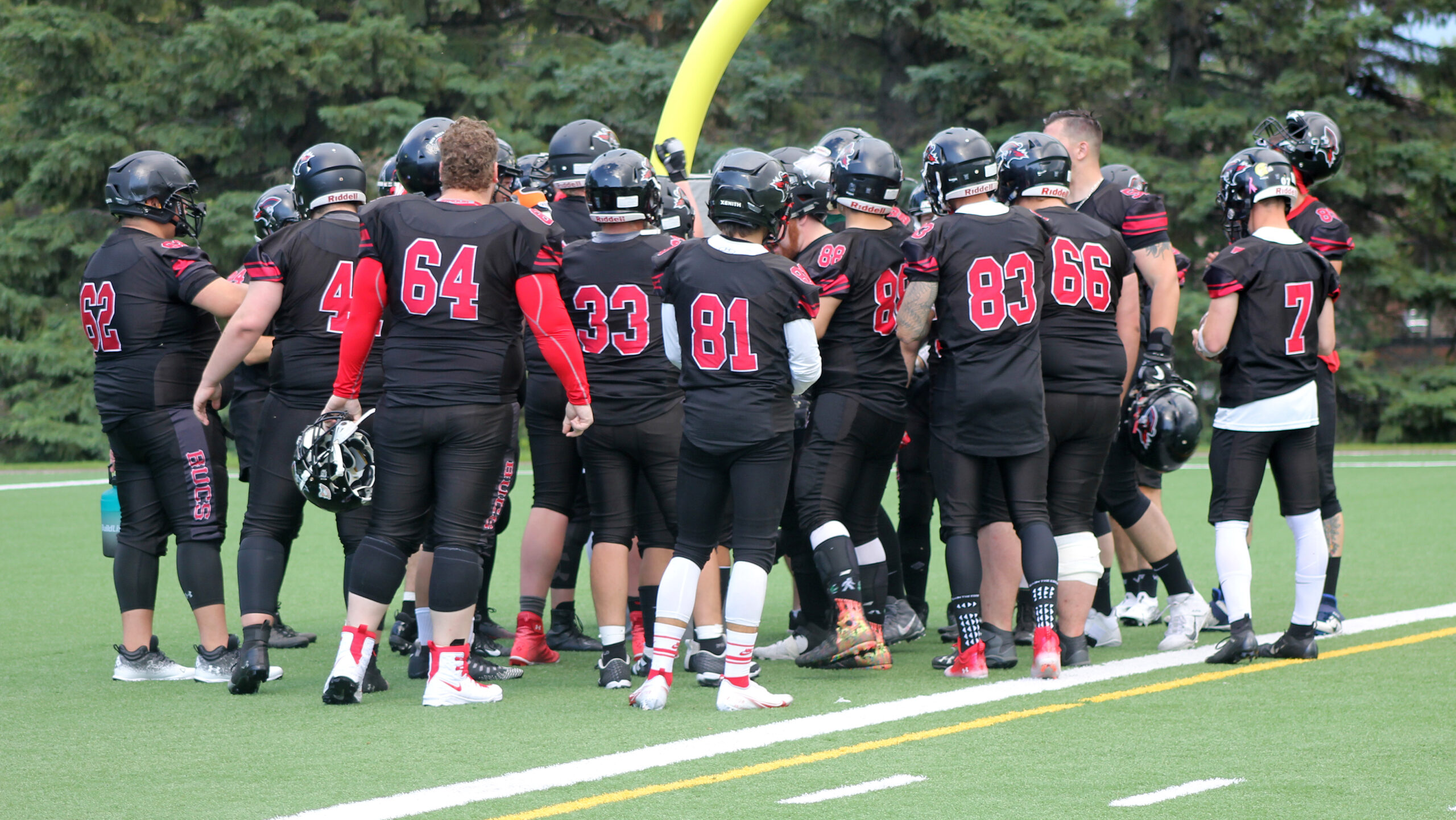 The Central Alberta Buccaneers have an opportunity in front of them.

Nobody in the locker room can deny the season has not gone as planned for the now 0-4 Buccaneers. A 32-7 loss to the Edmonton Elite in their home opener puts the Bucs in a must win scenario against the newly formed Peace Country Cowboys on Saturday at Setters Place in Red Deer. Kick-Off for the contest is set for 6 p.m.

“We were short personnel, which made the game extremely difficult. We were in the game. It was a lot closer than the score looked, going into the fourth quarter,” said Buccaneers Head Coach Geoff Rambaut.

The Crew lost their first contest of the season by only nine points after battling a much improved Airdrie Irish team. They fell one play short a week later, losing on a punt return late in the fourth quarter despite leading for the entirety of the second half. Against the Calgary Wolfpack the offence was stagnant without Quarterback Brett Bylsma and the contest was never close.

Saturday’s contest was a 7-0 dogfight at the half with the Elite claiming the only touchdown of the first half. The Bucs offence failed to find the endzone despite moving the ball at points and Edmonton capitalized on their opportunities.

“If we get into the playoffs our defence can hang with just about any defence in the league. They have been great all season and have carried our special teams. If our offence can come together we might be a dark horse,” Rambaut said.

None of the previous losses will matter if the Bucs are able to find a way to play a full four quarters on Saturday. With Peace Country holding only one victory, the Crew has the opportunity to tie the Cowboys for the final playoff spot in the Alberta Football League and steal the head-to-head tie breaker. It will in all realities be largely dependent on the output of the offence, which has shown flashes of brilliance at times.

Receiver Matt Merkley has been good for a touchdown every game he has played with Bylsma, who has thrown for nearly 300 yards twice on the year. Jon Roach has been extremely effective at running back, wearing defences down with a physical running style.

Though the rest of the Bucs receiving threats have not been featured regularly, Rambaut believes any one of them has the ability to break out. The offensive line has come together and is allowing Bylsma more time to to read the field, which did get the rest of the receiving corps involved as Travis Jozwiak, Morgan Drews and Dario Nazarit all picked up key receptions.

“Our offence rallied at the end of the game, put up some points on the board which is huge for us going into next week. We play a team we can compete for a playoff spot with. Hopefully we can build some consistency,” Rambaut said.

The situation for the Buccaneers is simple; win to stay alive. A victory means the chance to salvage the season and get right back into the mix, a loss eliminates Central Alberta from playoff contention one year after becoming AFL Champions for the first time.

“It comes down to execution. Guys recognize where they’re supposed to be but they don’t finish the play. We discuss we’ll and adjust to what the defences are doing but we don’t finish,” Rambaut said. “Whether it’s building for playoffs this year or building for the team next year, we need to start coming together and gelling as a unit.”