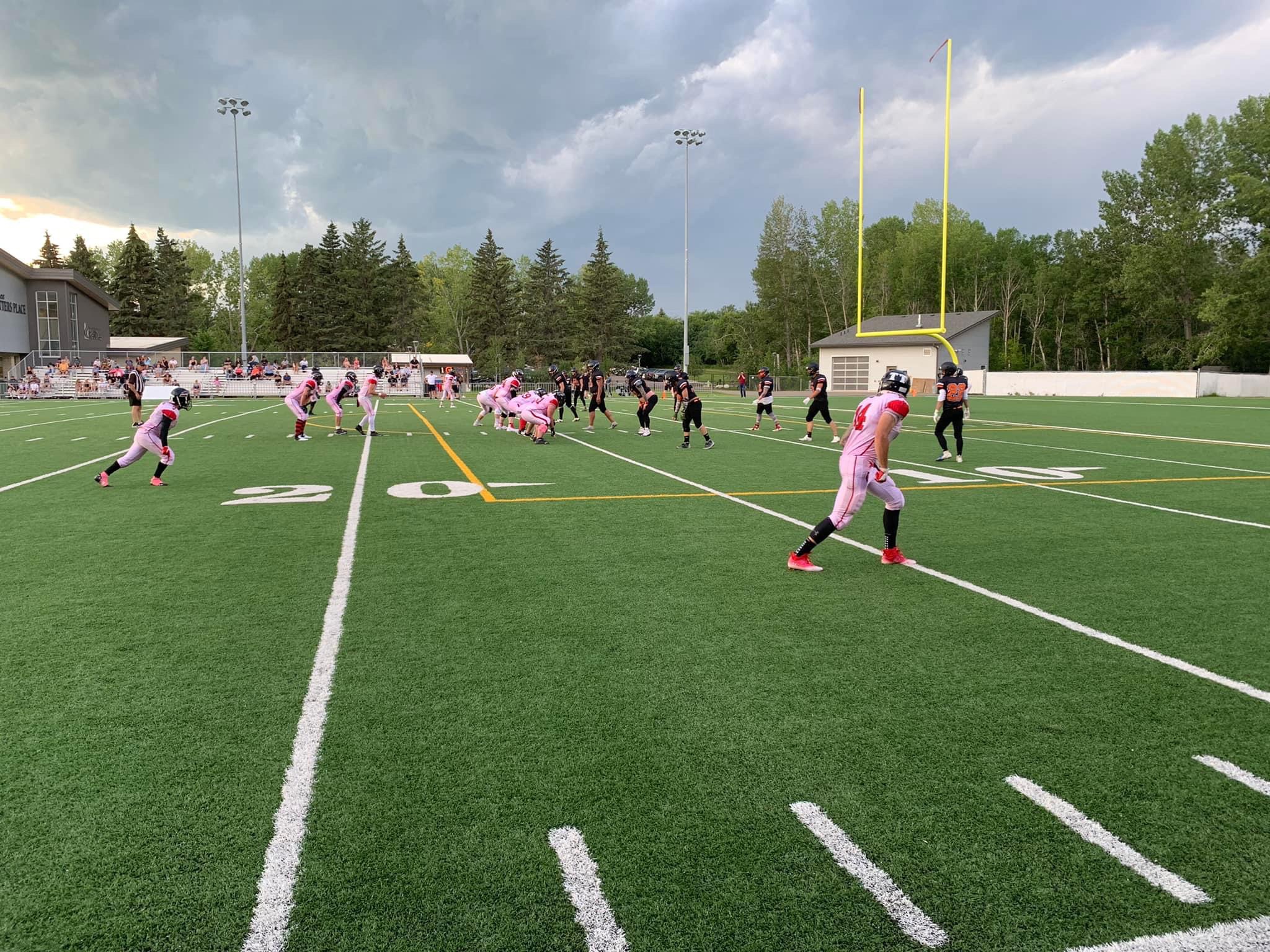 The Central Alberts Buccaneers are not afraid of the underdog role.

From the outside looking in, it might look like it has been a frustrating season for the Buccaneers who sit 1-4 on the Alberta Football League campaign ahead of their final regular season contest against the undefeated 5-0 Cold Lake Fighter Jets.

The players, however, are singing a much different tune. There is no panic among the group tasked with downing the unbeaten Jets to guarantee their playoff spot.

Instead, there is a sense of excitement among the tight knit group who have been in every contest save an anomaly game against Calgary where starting quarterback Brett Bylsma was absent.

Heading into the contest with the Cowboys, it was evident the offence needed to get going. Bylsma answered the call under centre and the rest of the offence followed suit.

“I think it finally gives this whole group of guys confidence. The skill we have at certain positions, we can dominate. It’s important for us to continue to work at practice, do the little things we need to do to run our plays correctly, and to get mental reps. It’s going to all come together,” said Bucs receiver Matt Merkley.

Merkley had a dominant game when called upon, even finding the end zone after hurdling a defender in front of the Buccaneers bench.

Bylsma did a great job getting the entire offence involved as receivers Morgan Drews, Travis Jozwiak, Dario Nazarit, and Josh Thomas all had receptions.

The Bucs running back by committee crew got it done on the ground too. Running Back Dan Johnson found the end zone for his first rushing touchdown of the season after breaking a tackle and lunging across the goal line with another defender draped on his back.

“I think finally for the first week in a while we were able to get our receivers going. Our running game was much more consistent too. I think every position was firing on all cylinders today,” Merkley said.”Brett has really stepped up, too. To not get very many games in high school because of Covid and then to come into a league like this is tough. He’s really showing his athleticism, and the knowledge he’s gaining here is really going to help him in the future.”

Defensively meanwhile, the Crew did what they have done all season. Connor Langford earned defensive player of the game honours after picking up a timely interception and providing lockdown coverage throughout the contest. Dave Symons was a problem for quarterbacks and running backs alike, Lucas Green did not let an injury stop him from picking up a handful of tackles on the night, and the defence closed the contest out with an interception returned for a touchdown two plays after a Buccaneer fumble.

Coming off of a decisive 34-7 win over the Peace Country Cowboys and back at home in front of the fans at Setter’s Place, the Bucs feel there is no better time to test their merit against the AFL’s top team.

“It was a great win. Everyone played well and did their job. It’s definitely good for the confidence. Hopefully we can keep it going,” Bylsma said.

A win over the powerhouse Jets will guarantees a spot in the AFL quarterfinal. A loss leaves the Bucs fate in the hands of the Cowboys. A Peace Country win and a Bucs loss means the Cowboys claim the final playoff spot in their inaugural season.

The only certainty heading into the final week of the AFL season is no matter what happens, the Bucs are not going to stop playing for each other.