Buccaneers prepared for battle with Monarchs. 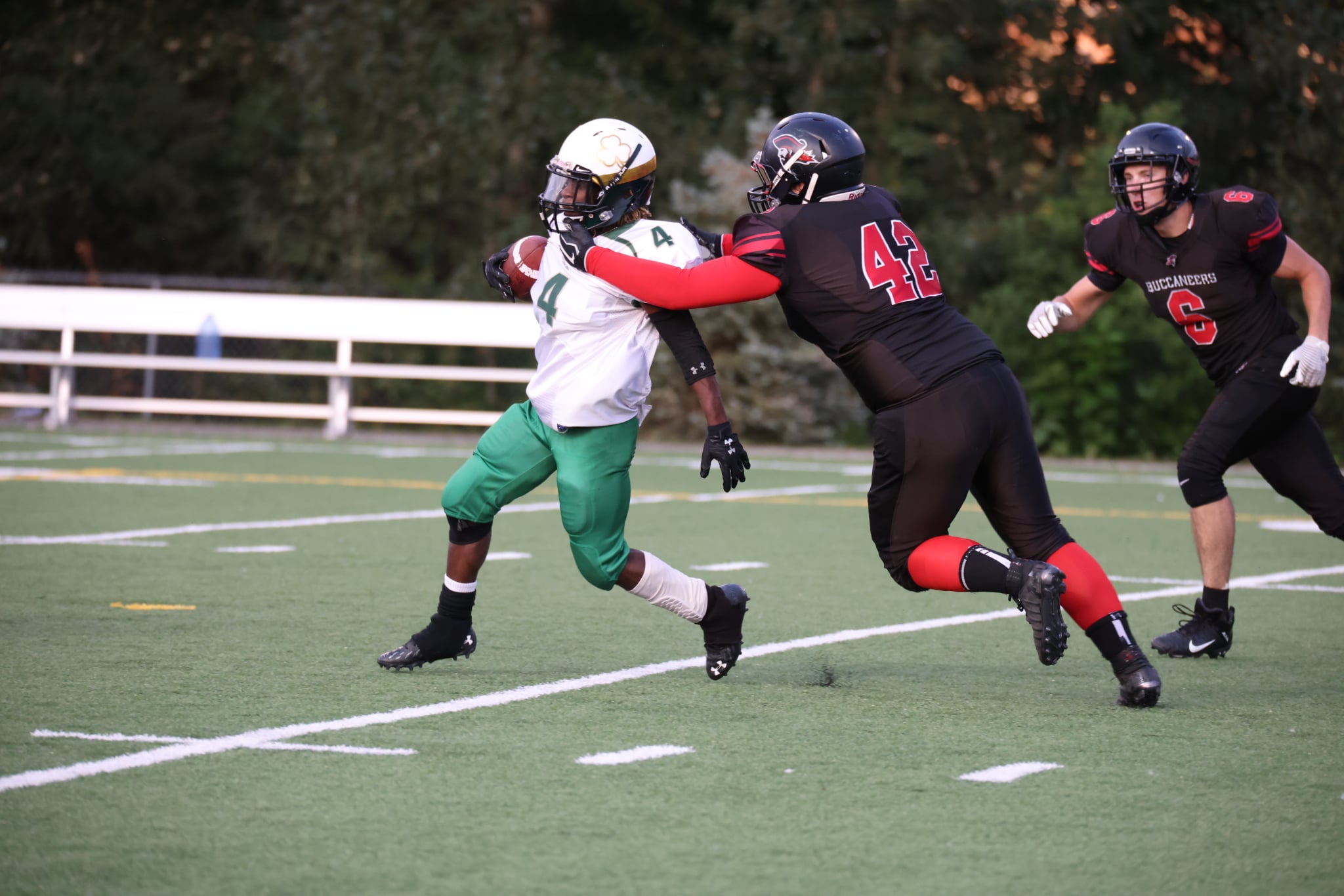 The Central Alberta Buccaneers are not hitting the panic button after their week one loss.

The Bucs fell 31-22 to the Irish in the opening game of the AFL season on June 4.

It was not the start to the year the club was looking for as the offence struggled throughout, especially in the absence of running back Blake O’Connor who suffered a season ending injury early in the second half.

Though disappointed with the loss, veteran linebacker Paul Jensen is confident the group will be able to bounce back.

“I thought we went out and played a good game. This is one of the youngest groups of guys I’ve gone into a regular season with and through the first few weeks of practice we were able to gel. We put forward a pretty good performance against a really competitive Airdrie team,” Jensen said.

After a bye week, the Bucs now travel to Fort McMurray for a matchup against the 1-1 Monarchs on Saturday. Kickoff is at 7 p.m. from Shell Place in Fort McMurray.

The Monarchs beat the Calgary Wolfpack 56-44 in week one at home but fell 60-0 on the road in Edmonton with four offensive starters including their quarterback unable to make the trip.

When the Bucs touch down in Fort McMurray, they can expect their opponent to put their best roster on the field.

“The Fort McMurray road trip is always a fun one for the guys in terms of team camaraderie. When it comes to the game, those guys are coming off a tough loss and they’re playing at home. They’re not going to give us anything less than their best. It’s going to be a test,” Jensen said.

Jensen and the defence held the Irish offence in check for the majority of the second half in Week 1, a feat they will have to replicate for four quarters if they hope to escape Fort McMurray with a win.

“As I’ve said before, we have a younger team. One of the things we needed to work on was patience and knowing our responsibilities. We have a lot of guys who are excited to get in there, so it’s really about everyone focussing on their responsibilities and playing sound football on  both sides of the ball,” Jensen said. “Over the bye week I feel we’ve really been able to refine our defensive responsibilities as a group.”

On the offensive side of the ball, the Bucs have been working to add a few wrinkles into the game-plan designed to keep quarterback Brett Bylsma off the turf.

Bylsma was able to generate yards on the ground when scrambling, and even picked up a rushing touchdown, but the Irish had success getting to the young quarterback as they recorded eight sacks. With another four practices under their belt, the offence is confident they can perform at a higher level in Fort McMurray.

“Our QB shouldered a lot of the offensive load in week one and I know we’ve put in a few schemes to take some of that off of him and spread the ball around. I think with the schemes coach Geoff (Rambaut) and Riley (Collins) have implemented, we’re going to go into Fort Mac on Saturday and show the league week one of few if not our only loss on the season.”