June 8, 2019By The Central Alberta Buccaneers 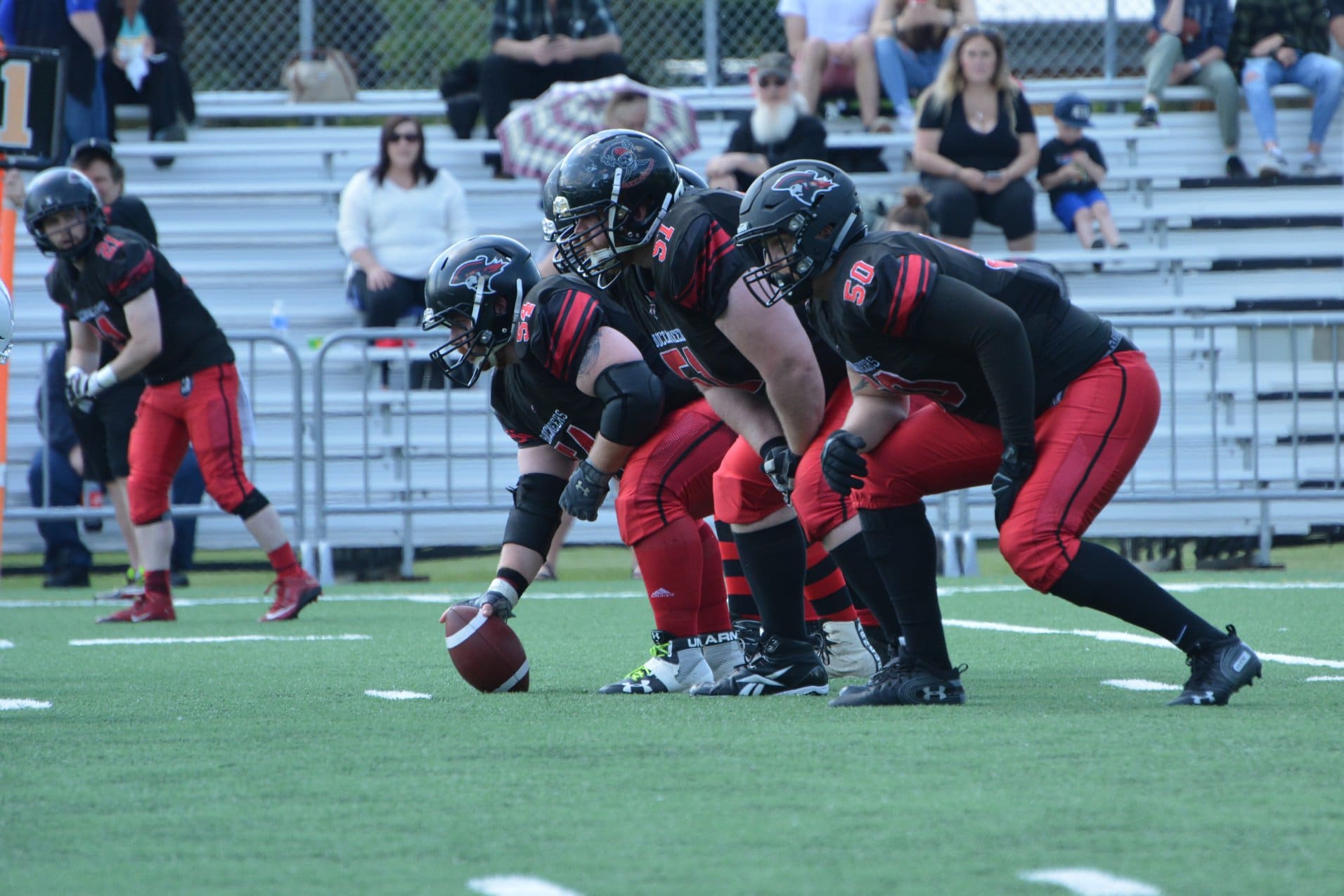 Buccaneers start their season with 2-0 record. After breaking down the game film from the Bucs first two weeks of play coaches and captains look to improve defensive execution on the gridiron. QB Jarrett Burzuk threw for 396 yards week 2 vs. The Monarchs. Burzuk tells his teammates that an even 400 would have been really cool, but can’t thank the 5 Giants in front of him enough for their hard working pass protection allowing for more time in the pocket. Buccaneers on the road to Airdre June 15th week 4 in the AFL.